Saturday found The Dates In My Diary and I heading to Peterborough to visit PARENTS and go for an OUTING. The train was Quite Full on the way there but everyone was quite jolly (probably due to the GORGEOUS weather) except for one Strange Man who got on around Stevenage. As he struggled along the aisle the pleasant older lady sat on the seats next to us said "I've got a spare seat here!" He turned and said "I'm with my WIFE!" as if she'd just propositioned him. It was most odd and I mention it here because i keep thinking about he overall WEIRDNESS of such a statement - he was only in his twenties, so maybe he was PROUD of being married, but if so why would he not take the seat for his BRIDE? It was a PUZZLE!

Anyway, we got to Peterborough and found, outside the station, an amazing TACTILE MAP that showed where everything was on the station in GRATE detail, with raise BUMPS to show the different areas AND braille. It was FAB - look! 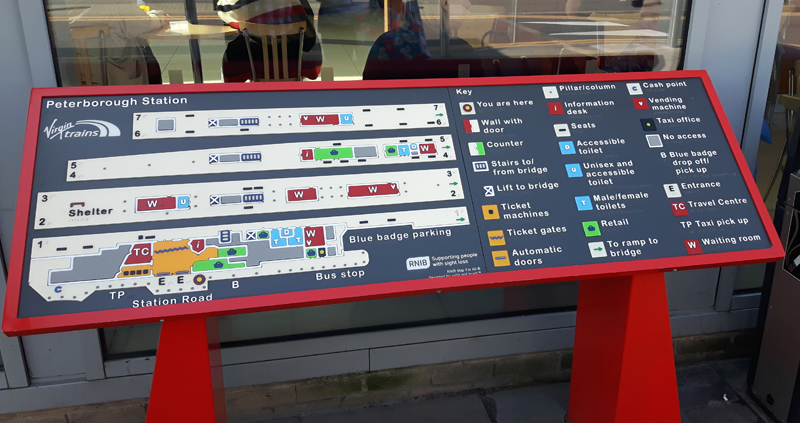 We met The Parents and headed out to Flag Fen, which is apparently one of the most important archeological sites in all of Europe. It's been open since 1982 but of course, like all native Peterborians, NONE of us had ever been to it. My little brother has, but that was for a school trip so doesn't count. When we arrived we found it VERY quiet, with hardly any other visitors except for a few families, almost all of whom turned out to be of Eastern European origin. The proud tradition of people from Peterborough not going to look at things remains!

I tell you what though, my fellow Potato Heads are missing out - Flag Fen is BLOODY GRATE! It's basically a field with some buildings and LAKES, under which runs a prehistoric wooden CAUSEWAY which appears to have perhaps joined maybe two communities: as ever with archeology they're not sure exactly what it was for, but AS USUAL they reckon that at least part of it had "religious significance." It always makes I LARF when i see this - "religious significance" is Archeology Speak for "we haven't got a cluewhat it was for." I look forward, in the space year 5017AD, to archeologists saying "These ancient Britons would carefully place Biro pens beneath their furniture as offerings to the great god 'Telly' what they worshipped in private household rituals which held Immense Religious Significance." Yes, I am RIGHT looking forward to that.

Anyway, we were greeted at the entrance by a Very Knowledgeable Young Man who told us A LOT of things about the site. As The Facts In My Pamphlet said, it is GRATE when you talk to volunteers like this who are SUPER KEEN on the thing they work at and are eager to share their MIGHTY BRANES. He was quite excited about the LOT of it, which made US excited too!

As part of the general prehistoric VIBE they have a flock of Bronze Age SHEEP on site who seem to spend their whole time RUNNING around as fast as they possibly can saying "Mair". There were lots of lambs amongst them so it was DELIGHTFUL, especially at one point when we stepped into a building to look at the actual causeway. From outside we could hear what sounded like a bunch of schoolchildren saying "Mair" repeatedly. It got louder and louder and then a STORM of SHEEP ran by, in order of size from biggest to baby. The "Mair"s faded away and then came back two minutes later as they thundered past in the opposite direction, like a large family lost in an airport with a connection to make. Maybe "Mair" is SHEEP for "I told you we should have turned left at the John Menzies"! 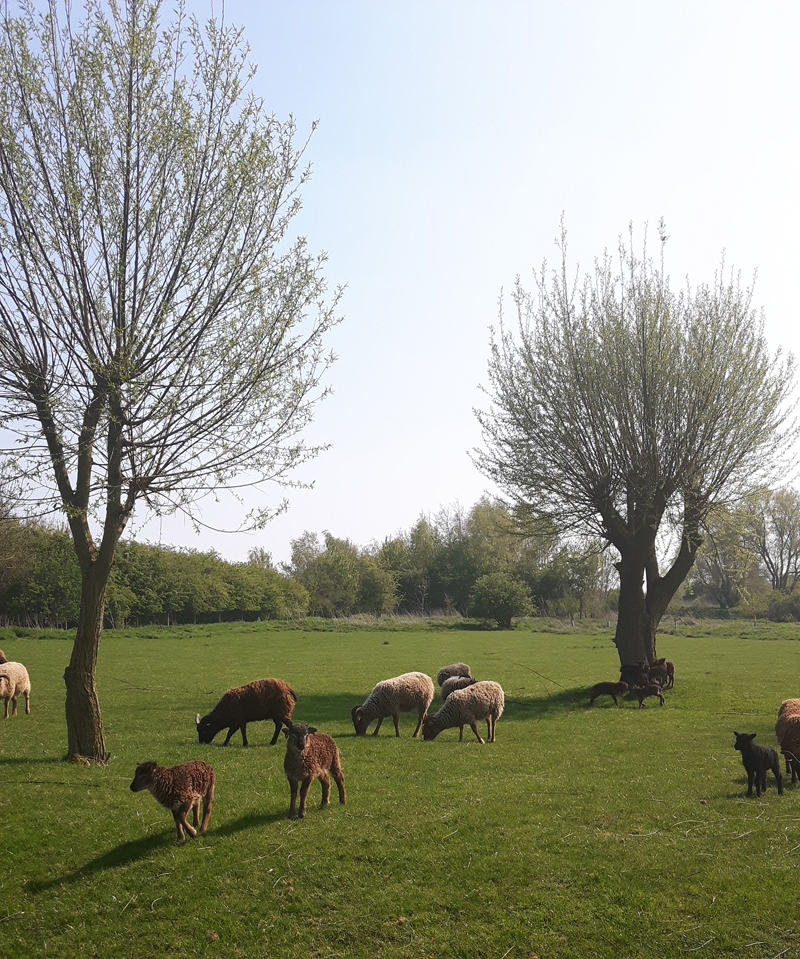 The main exhibit was the causeway itself. There's a special building built over one section so you can go in and see it - it doesn't look like much, to be honest, just some rotten wood being constantly SPRAYED to keep it from disintegrating, but the idea of it is AMAZING - it was ENORMOUS! The rest of it is buried underneath the ground and also a LAKE, which had another building floating (sort of) in it where you could see the oldest wheel in Britain. They had pre-empted every middle-aged man who ever visits by putting a notice next to it that says it is "wheely old". Curses!

Another building contained some ANCIENT BOATS that they dug up out of an old river. The boats are Quite Interesting but the best thing about them are the NAMES. 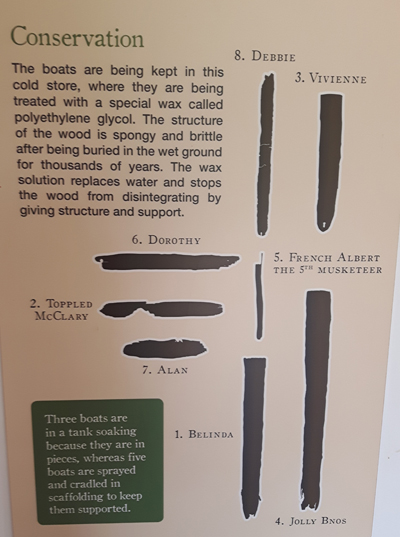 Our party disagreed about which were the best - some went for "French Albert The 5th Museketeer", others preferred "Alan", but we all agreed that we'd be interested in finding out WHY they were thus named. We also saw a reconstruction of an Ancient Droveway (i.e. path that they herded sheep along), a HUGE nest with a swan sat on top of it, a display about Britain's Pompeii, a reconstruction of a Bronze Age roundhouse and TONNES more. It was EXCELLENT - if you're in the area I would HIGHLY recommend a visit, even if you're originally FROM Peterborough!