Last Sunday found ALL Validators returning to the studio with Mr R Collins - even arriving within 60 seconds of each other - for OVERDUB day.

Before any actual overdubs could happen, however, our first priority was to do a VIDEO for Easy Christmas, our new Christmas single (which will be available from December 8th, by the way). The plan was for our VIDEO CREW (Miss E and Miss L Pattison) to record the whole thing using an APP but it didn't quite work out that way - there were COMPLICATIONS and DIFFICULTIES but, after Quite A Lot of "discussion" we ended with the girls filming us miming to the song a couple of times. They've done FILTERS on the Moviestar APP which, we hope, I'll be able to edit into a video of some kind. I didn't really understand what was going on, which did make me feel a bit OLD, but we made up for it with some DRESSING UP, as demonstrated below: 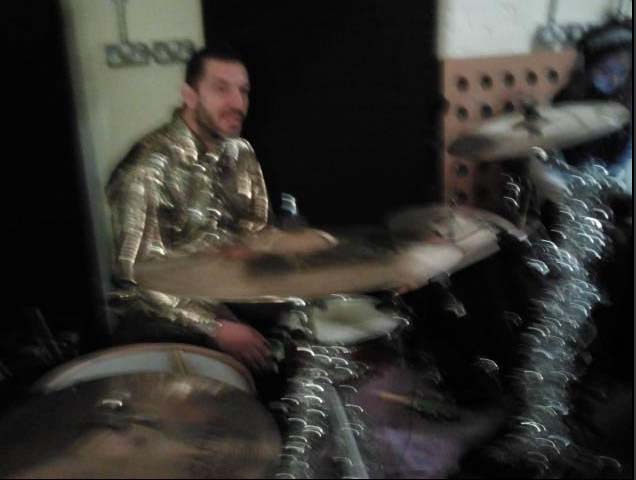 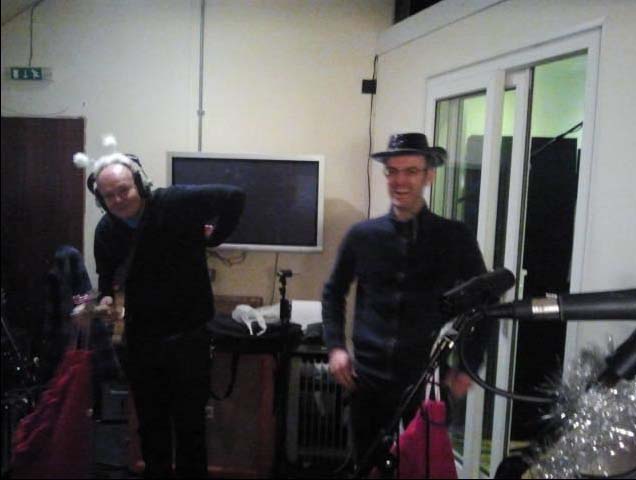 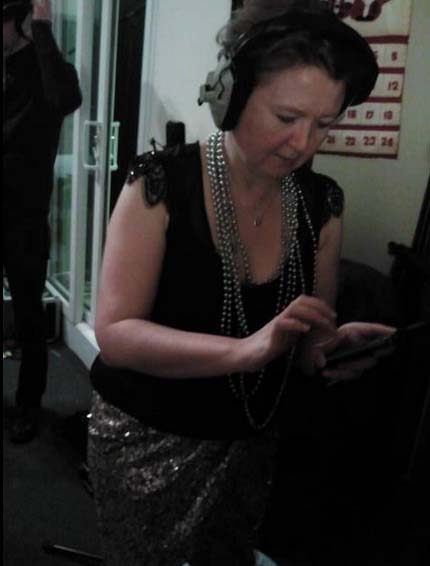 Once that was all done Frankie went off for some BRUNCH, Tim did SLEIGH BELL overdubs, then me and Emma did our vocals for Easy Christmas. As previously stated this was the number one priority due to the rather pressing FESTIVE DEADLINE, but it all went SWIMMINGLY and we mixed it in no time. It sounds GRATE!

With that all sorted Tim took the CREW to the pictures leaving me, Tom and Emma with Rich to work on some more vocals. I did a batch of mine first, which was TREMENDOUS fun - I went into the booth and sang each song 2 or 3 times, then Rich COMPED the best bits from each take together into one. Once THAT was done we'd listen and then I'd go back to do individual bits that still needed work. I usually find this part of the recording process a bit stressful, but thoroughly enjoyed myself this time, especially BELLOWING You Make Me Feel Soft Rock. As you can see, Tom and Emma thoroughly enjoyed the process: 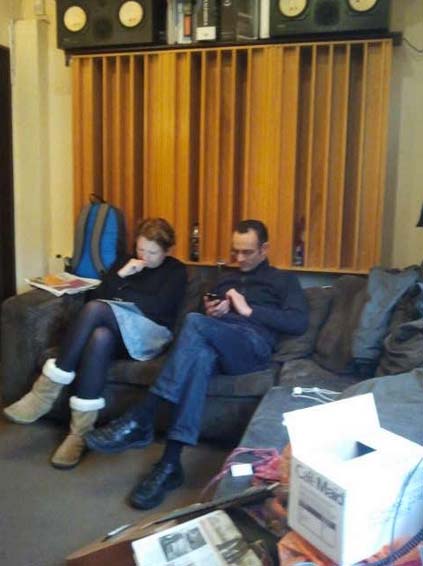 I did vocals for three songs all together - (You Make Me Feel) Soft Rock, 20 Things To Do Before You're 30 and That Guy - then Emma went in and did her vocals on the same. We did Emma's in a similar way to mine but it took a bit longer as she was doing HARMONIES - and more specifically harmonies to MY SINGING, which is always a bit challenging! The highpoint of this was when Rich ended up putting the word "Kraken" on a loop so that Emma, he, Frankie (who'd returned from BRUNCHING) and Tom could work out the correct harmony for it. Those who know Emma will be SHOCKED to know that by the end of this the air in the vocal booth had turned QUITE BLUE. I was APPALLED!

Luckily the FOUL LANGUAGE had abated by the time Tim returned with daughters, and the five of us gathered back in the live room for our final job of the session - hand clap and AIR PUNCH overdubs for (You Make Me Feel) Soft Rock. You might not think it possible to RECORD air punches, but let me tell you it makes ALL the difference!

With all that done Rich ran us off mixes of the weekend's work and it was time for HUGS and goodbyes. Tom gave me a lift back to Derby station and as we motored through the wintery streets we MARVELLED at how much we'd got done. Everyone always goes on about how The Beatles recorded their whole debut album in a single day but a) they didn't do all of it, they had four songs already b) it had to be done pretty much as live and c) they'd been playing the songs for AGES, so, in a very real sense, we were AS GOOD AS THEM! Over the weekend we'd done about HALF of all the work for the album - at least seven songs nearly finished, which is INCREDIBLE for us. It turns out that NOT filling everything with orchestras, explosions, and DINOSAURS makes it a lot easier! 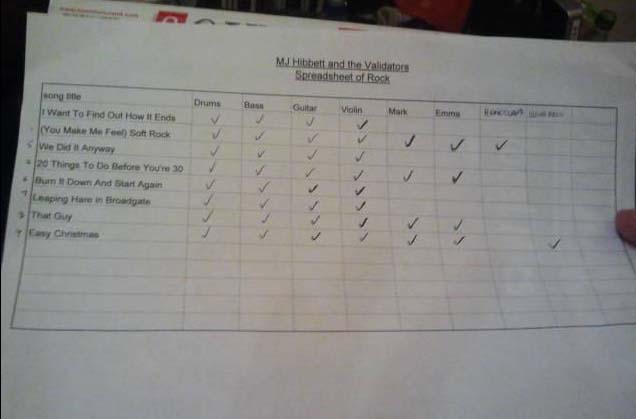 The plan is to learn up 3 or 4 more songs in the new year then, hopefully, get it finished off maybe late summer 2015. Of course, i ALWAYS say this and it ALWAYS takes three years, so we'll see, but I must say I'm VERY happy with how it's gone so far - it sounds GRATE!