We had a whole batch of PARENTS over the weekend. A large part of this was my Dad and Step-Mum, who had come up to see my brother off at the airport (he was in London for a bit after my sister's wedding a fortnight ago - there has been a LOT of my family in our lives lately!!) and then came to stay with us for a couple of nights.

Seeking new ideas I asked if there was anything else they'd like to see while they were here, and Dad suggested a) The Cutty Sark b) Tibits restaurant. These were EASILY agreed to, and so come Friday we set off to SIGHTSEE.

We started off by catching the DLR from my (VERY) local station, Stratford International. I pretty much NEVER use this line, as it doesn't really go anywhere I need to go to, but this time we went STRAIGHT to Royal Victoria (getting Dad and Lin to sit in the front and DRIVE) then wandered across some tarmac to the Emirates Air-Line. This is the ludicrous SKI LIFT that goes across the Thames, starting in NOWHERE and going to a BUS STATION. It is one of the very most RIDICULOUS things that that idiot Boris Johnson has done while Mayor - it's actually one of the few things he HAS done too - so all the way there I was thinking "What a stupid construction this is!" However, it IS an awful lot of fun, and you DO get jolly good views, and it was WEIRDLY ENJOYABLE to be able to gain access using your Oyster Card. It was a bit alarming when the wind blew though, so I don't think I will be adding to its numbers and becoming its FIFTH regular user!

We continued our London Transport Odyssey by getting a BUS to Greenwhich, where we had the first of TWO visits to the Admiral Hardy pub. It was dead nice, I liked it IMMEDIATELY due to the big picture of Brett & Bernard from Suede on the wall. Once PINTED we went to the Cutty Sark, which was GRATE, especially the collection of figureheads which a) looked like a Steampunk Sergeant Pepper and b) appeared to feature Ms J Lockyer. 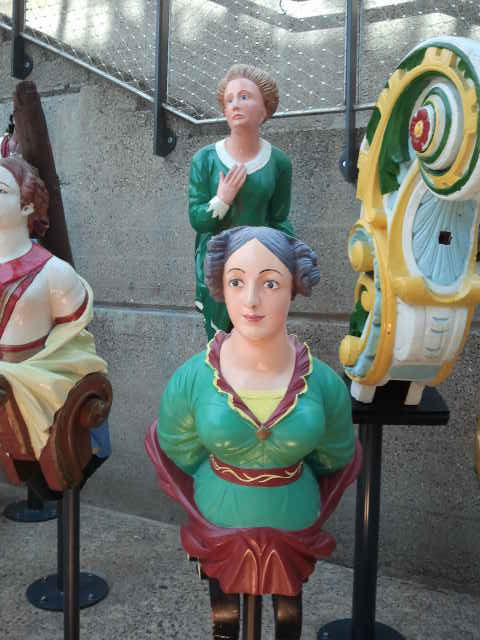 We popped back to the pub for LUNCH then used ANOTHER form of transport to get to Westminster - a BOAT! Appropriately enough post-Cutty Sark we used the Thames Clipper which took a WHILE but was rather luxurious. It was also rather WARM, as it was London's Hottest Day Of The Year and London's Air Conditioning Systems were not equipped to deal with it. We got off the boat (Dad only JUST managing it, as he'd lost his ticket) and went for a RECUPERATING DRINK in St Stephen's Tavern which, as ever, was full of tourists who have read about how pubs work and WILL NOT BE SWAYED. This is usually Quite Sweet, but was a bit annoying this time as they seemed to be getting ONE DRINK AT A TIME for large groups, and then SHRIEKING.

Next stop was St James's Park where, ALARMINGLY, we saw a Pelican trying to eat a Pigeon, which did NOT want to be eaten. That's not normal, is it? It wasn't pleasant, so we went to look at Downing Street (gates), the Cenotaph, Trafalgar Square and then came back to meet The Sights On My Tour and headed off to Tibits for tea. We got a TUBE home - all we needed to complete the set was a TRAM!

On Saturday we did THE OLYMPIC PARK which was amazing as per, then waved off THOSE parents only to head back into town to meet my Mum, Step-Dad, Sister, FOUR NEPHEWS and also my brother for a evening when it was, to be honest, US doing most of the shouting and shrieking as we introduced the aforesaid nephews to the joys of "The Lady on the horse goes NIM NIM NIM" etc etc etc. It was GRATE!